See What the Numbers Have To say

Numbers are a human-made creation born in an attempt to explain the laws of the Universe. You may be surprised to hear that such a concept may hold implications for our lives. Numerology aims to establish an understanding of how they influence the life of man. 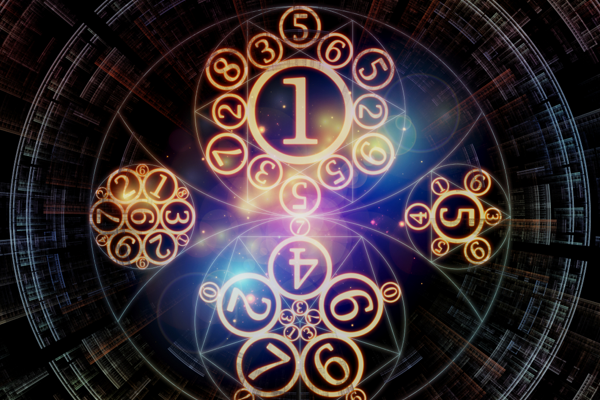 Numerology is one of the most comprehensive divination forms; it leans on knowledge of numbers and their vibrations. As a power, they relate to certain traits, events, and circumstances.

Learning about specific numbers that define your personality may help you in practical ways. It will lead to a greater awareness of both yourself and the forces high above.

How does Numerology Work?

Breaking down the laws of the universe into their most basic forms, we come to numbers. Every one of them holds specific energies, or vibrations, that affect us. You can think of Numerology as the universal language numbers hold to them. Learning to speak it, you will come to a deeper understanding of your own life.

There are no coincidences in the Universe. The idea of this science;is that the birth date and a name determine a person. That is why a numerological reading will require your full name and birth date.

The very calculation of your numbers is quite simple. What is complex are the interpretations and correlations of different results.

How to Calculate your Numbers?

The mathematics behind this science is straightforward. The essential operation is addition, whether of the digits from your birth date or values of letters from your name.

When it comes to names, there’s a chart for you to consult to find values of different letters. Then you keep adding up until you reach a single digit value.

You may be suspicious because your results may match somebody else’s. However, remember that numerological readings are general. It is your personality that determines your specific interpretation.

Several numbers work in unison to define how their energies affect you. A high-quality interpretation of their correlation will call for an expert numerologist.

An elementary reading will entail these four types:

As its title shows, your life path number holds the most significant importance. It sheds light on the path you travel. Learning of it, you will better understand your traits, as well as challenges you may face.

Highlighting your essential qualities and talents, this knowledge will help you achieve your destiny.

You calculate it by adding up digits from your birth date. Follow a month – day- year sequence until you come to a single digit value.

This value is sometimes also called a Destiny Number. It describes your abilities, personal goals, and desires. Emphasizing aptitudes hiding deep within you, it carries implications to your career.

You calculate it by summing together the values of all letters in your name. Include your middle name, if you have one. Your number doesn’t change if you get married or start going by a nickname. It highlights your abilities ever since the day you were born.

Your Soul Urge or Heart Desire depicts your true self and the hidden parts of your personality. People may relate to that particular trait or expression only after a reading. The traits hiding in this number are deep within us, on the brink of the conscious.

It could reveal a deep desire you’ve been pushing down without knowing it. This sometimes makes people change their life path until it leads them to happiness.

You calculate this by summing up the numeric values of the vowels of your full name.

The Personality Number is the antipode to your Soul Urge. It paints a picture of your personality as the world sees it.

Many of us live under a persona, which is more often than not subconscious. This number accentuates it, making you more aware of your personality and behavior.

The calculation is similar to the previous one, but instead of vowels, you add up the consonant values.

Last but not least, your Birthday Number is the most influential for your destiny. This value helps you realize how your personality is to be best used for you to be happy. Combined with the other numbers, this one gives more detail and personalizes the interpretations.

You calculate it based on the date you were born – only 1 to 31 added together to create a single digit.

As we said, every number has its unique energy and vibration. Each connects to broad types of forces, explained through sets of phrases — both the value and its type (as covered above) matter in the interpretation.

Here are the implications of values you may get in numerology:

One is understood as the leader and the creator. It relates to new beginnings. The qualities associated with it are mental clarity, independence, and action. As every number has a negative side, these qualities may be seen as arrogance and egoism.

Two stands for duality and harmony. Guiding to excellent relationships, it makes people compromising and diplomatic, warm and empathic. The influence of Two may also lead to conflict, passive-aggression, and over-sacrificing.

Three is the number of Trinity, it represents teamwork, action, and result. It stands for freedom of expression and implies a person in touch with the world around them. This energy also comes with the quality of self-expression. If taken too far, this leads to eccentricity and a superficial outlook.

Four stands for foundation, the way the world is built and organized. You can find it in the four seasons, four elements and more. People with this number are stable. They are down-to-earth planners. Rooted and grounded, they connect easily to the world’s wisdom. Excessive characteristics of this kind imply stubbornness and narrow-mindedness.

Five symbolizes change, communication, and movement. Children of five are innovators, sensors, and idealists. They are unpredictable and seem to have infinite amounts of energy. Even so, they find regular routines depressing. Sometimes, it’s difficult for them to accept the humdrum of our day-to-day lives.

Six has the energy of three, amplified. It signifies balance and harmony, offering a calm after the storm. Features of six are healing and protection, and people under it are emphatic and kind-hearted. Too much of these emotions arouse jealousy and possessiveness.

Seven is the thinker, the genius, and yet – the eternal student. Whether to unknown parts of the world or mental lengths never experienced, it epitomizes travel. The seven makes us more aware of the world around us and our inner worlds all the same. Those who are more tender sevens may experience melancholy and be hard to reach.

Eight denotes physical power, the ego, the reality. It’s related to evident skills and real-life success. That success doesn’t come without a price, as 8 is also the number of Karma. Those influenced by this energy put in hours on end of work and get results. It is the number of ambition and determination. It might cause forcefulness and pushing, though.

Nine opposes to eight and symbolizes the metaphysical, the mystic and the higher. The hardships those under this number will make them better understand their destinies. It is the number of working hard to get what we want, but it also has a lot of optimism to it. On its worst, they might be too turbulent.

You can secure a free personalized reading then there are plenty of readers who will agree to this, though usually within the context of an overall package of readings. As with anything of this sort, be aware that a free numerology reading could come at a financial cost in the long run, so be vigilant before agreeing to anything of this nature.

We use cookies on our website to give you the most relevant experience by remembering your preferences and repeat visits. By clicking “Accept All”, you consent to the use of ALL the cookies. However, you may visit "Cookie Settings" to provide a controlled consent.
Cookie SettingsAccept All
Manage consent

This website uses cookies to improve your experience while you navigate through the website. Out of these, the cookies that are categorized as necessary are stored on your browser as they are essential for the working of basic functionalities of the website. We also use third-party cookies that help us analyze and understand how you use this website. These cookies will be stored in your browser only with your consent. You also have the option to opt-out of these cookies. But opting out of some of these cookies may affect your browsing experience.
Necessary Always Enabled
Necessary cookies are absolutely essential for the website to function properly. These cookies ensure basic functionalities and security features of the website, anonymously.
Functional
Functional cookies help to perform certain functionalities like sharing the content of the website on social media platforms, collect feedbacks, and other third-party features.
Performance
Performance cookies are used to understand and analyze the key performance indexes of the website which helps in delivering a better user experience for the visitors.
Analytics
Analytical cookies are used to understand how visitors interact with the website. These cookies help provide information on metrics the number of visitors, bounce rate, traffic source, etc.
Advertisement
Advertisement cookies are used to provide visitors with relevant ads and marketing campaigns. These cookies track visitors across websites and collect information to provide customized ads.
Others
Other uncategorized cookies are those that are being analyzed and have not been classified into a category as yet.
SAVE & ACCEPT
Scroll to Top